Civet coffee known for its high aroma, smooth taste, and low acidity – often quite sweet and very full in the cup – civet coffee is made with coffee beans that are retrieved from the excretion of an animal called the civet.

How Civet Coffee is Produced

The coffee beans pass through the civet’s digestive tract where the outer fruit is mostly digested, and then the beans are then defecated onto the ground. Coffee farmers then collect the coffee beans and usually wash and sun-dry them.

One of the most pronounced characteristics of civet coffee beans is their natural lack of bitterness, so they are only lightly roasted to preserve their complex flavors.

Where is Civet Coffee Popular

Civet coffee produced in the Philippines is known as Kape Alamid (in Tagalog regions) and Motit Coffee (in the Cordillera). Civet coffee is popular in coffeehouses in Vietnam where there is even a market for simulated civet coffee.

The civet’s unique ability to select only perfectly ripe coffee cherry (fruit) to feed upon helps to ensure a consistent high quality of coffee beans.

This natural selection process for the best quality coffee beans is one of the reasons why wild-collected civet coffee has such a smooth flavor profile and aroma which may not be the same with farm-raised civets that are fed coffee beans picked by farmers.

Specific proteins that normally give coffee a bitter taste are broken down by the enzymes, resulting in a less bitter coffee and allowing the coffee’s notable highlights to shine through when the coffee is given a light roast.

While some people are concerned about civet coffee’s potential bacterial contaminants (e.g., E Coli), others claim that civet coffee is perfectly safe because the civet’s stomach enzymes help to eliminate the bacteria, as does the washing, sun-drying, and the high temperature of the roasting.

Civets are classified as Paradoxorus Philippinensis (an endangered species) in the Philippines, but in Sumatra they are in the family Viverridae.

The civet has been compared to animals in the cat family and also the weasel family, though it is not related to either. One of the most numerous types of civets on civet coffee farms is the Asian palm civet (Paradoxurus hermaphroditus).

Civets aren’t the only animals that are utilized for their coffee bean processing abilities. Defecated coffee beans are also gathered up from the feces of wild Muntjac (barking deer) in Indonesia and Malaysia – this coffee is known as Kopi Muncak (or Kopi Muntjak).

The Price of Civet Coffee

Civet Coffee is one of the world’s rarest coffees, as well as the most expensive, selling for up to $600 per pound on the world coffee market. Civet coffee is also sold by the cup in many coffeehouses in Southeast Asia.

Civet coffee as an expensive coffee need long process to produce from its raw material to drinkable coffee with a high standard of scrupulously. The processes are as below

Civet or in latin known as Paradoxurus hermaphrodites is a mammal also as a carnivore which consume meat and fruits. Civets are also part of nocturnal animal which live actively search for food at night. In English, civet is known as common palm civet, common musang, house musang or toddy cat.

Hence, based on these types of civets there are two types of coffee produced by. Firstly, civet coffee produced by wild civets and secondly is civet coffee produced by inmate civet. Wild civets live in a free habitat or outside the cage and search for food at its habitat, and hence in order to get this type of civets’ feces people need to search to the place where the civets live which is nearby the coffee plantation. On the other hand, the inmate civets are type of civets which intentionally caught up and managed to inmate them to get its feces. Moreover, not all types of civet can produce good quality of civet coffee, those of them can produce good quality of civet coffee are pandan civets and bulan (Vivericulla Malaccensis) civet while those which produce less quality civets coffee are Rase civets and Binturong civets (Archictis binturong).

Civet coffee is very famous and also known as an expensive coffee. There are many countries nowadays produce civet coffee including Indonesia which coffee is spread out across its provinces and regencies. Kepahiang as one of Indonesia’s regency is also focusing its development in expanding civet coffee.

Civet coffee called kopi luwak in Indonesian language is a ripe chosen coffee eaten by the civet from its trees and having fermented inside the civets’ stomach for about eight to twelve hours. The feces from the civets are still in a form of coffee originally, hence, the civets are only swallow/eat the sweet taste which covering the coffee, the bark of the coffee is not being eaten as well but peeling through civet’s side mouth. Civets only swallow the seed of coffee and going through its feces afterward still in the same shape.

The enzymatic fermentation inside the civets’ stomach gives a special taste to the civet coffee which more tasty and different from regular/other types of coffee. It also makes civet coffee having low caffeine and very useful to strengthen stamina, having a specific aroma, more aromatic and taste more delicious. 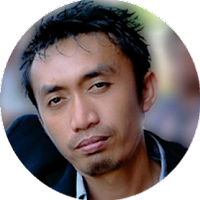 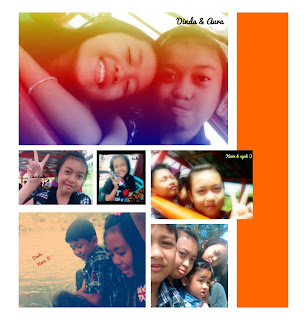